As promised in the last post, I am posting some progress pictures of the Davidson Mural that Ambrice Miller is doing with my help! I am responsible for the jackets, Ambrice has done everything else! 🙂 Check out the rest of the progress and well as Ambrice’s fun musings at

The mural changes everyday because we are working hard and FAST! So keep updated:)

This week I have been lucky enough to get to know Ambrice Miller. We are working on a mural for the Multicultural office at Davidson College! She was a Studio Art Major at Davidson and still continues her art career outside of her London home alongside her job with Bank of America. She has art in galleries and exhibitions all over!

She is a fantastic painter and I am learning a lot from her about “muraling” (if you consider that a word) Follow the link to see her website! Most of her art falls under themes of race and religious limitation, which are fascinating concepts combined with her skill.

Check out her Artist Residency blog too.. it is documenting the whole mural process so you can see how it unfolds. I am going to create another post with some of the pictures from it and the link to her direct residency blog too so it can be easily viewed. Enjoy!

Mario Macilau is a Mozambican photographer gaining international recognition for his pictures, which are described as “alarming and provoking, arresting and engaging, public and private but, above all, utterly human.”

Macilau himself grew up in poverty sleeping on the street when necessary, like many of the subjects of his photographs. With his own experiences in mind, he combines his love of art with his desire for social justice. The people and places he photographs are often marred by poverty, injustice, and pain, but they are always shown with dignity and hope. In my personal opinion, Macilau is a POWERFUL contemporary artist and has a lot more still to come. Follow the link above to watch the Al Jazeera documentary on him and hear him tell his story in his own words!

If you want any sort of inspiration or just like creative, talented cartoons, check this website out. I have personally spent many hours looking through all of the posts:)

“Admit it. You aren’t like them. You’re not even close. You may occasionally dress yourself up as one of them, watch the same mindless television shows as they do, maybe even eat the same fast food sometimes. But it seems that the more you try to fit in, the more you feel like an outsider, watching the “normal people” as they go about their automatic existences. For every time you say club passwords like “Have a nice day” and “Weather’s awful today, eh?”, you yearn inside to say forbidden things like “Tell me something that makes you cry” or “What do you think deja vu is for?”. Face it, you even want to talk to that girl in the elevator. But what if that girl in the elevator (and the balding man who walks past your cubicle at work) are thinking the same thing? Who knows what you might learn from taking a chance on conversation with a stranger? Everyone carries a piece of the puzzle. Nobody comes into your life by mere coincidence. Trust your instincts. Do the unexpected. Find the others…”

This semester at Davidson College, which is right outside of Charlotte, North Carolina, I got involved with the literary and arts magazine called Libertas. I’m handling some of the social media aspects as well as illustrating for them from time to time. Check out their website!

my favorite song from their new album, The Carpenter!

Scott Avett, the oldest brother in the band The Avett Brothers, not only has incredible song writing skills and a beautiful voice, but he also is a very talented visual artist. The first painting above ( titled Julianne in vain) is the cover photo for the band’s album I and Love and You. If his lyrics don’t inspire you enough, check out his art work on his website through the above link!

Also, you should check out the newest album the band just released called The Carpenter. Enjoy!

Fallins Whistles is a campaign for peace in the Congo. They partner only with native Congolese activists to try to bring relief and rehabilitation to the Congo. Right now, One of their partners is Mutaani, a startup radio station run by a young, ambitious team. Amidst a climate of propaganda, Mutaani work tirelessly to deliver uncensored daily content and music to Congolese listeners. And it’s catching on. Right now Mutaani is their city’s #1 station. They believe Mutaani is pioneering free expression in warzone. PledgeMusic shared our vision and helped us create a roster of artists signing on for peace in Congo.

Proceeds from PledgeMusic will outfit Mutaani’s new recording studio with the gear and instruments it needs to run. It is through the work in this studio that the rest of the world will hear the stories and music from Congo. Pledge to launching a facility that will inspire creativity and culture. Pledge to a new generation of local leaders working toward a Congo—free and at peace.

Creativity is the residue of time wasted. 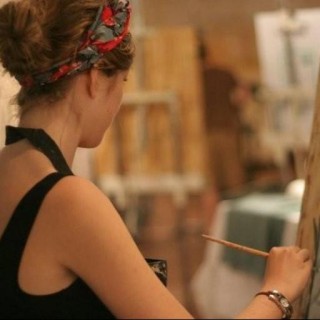